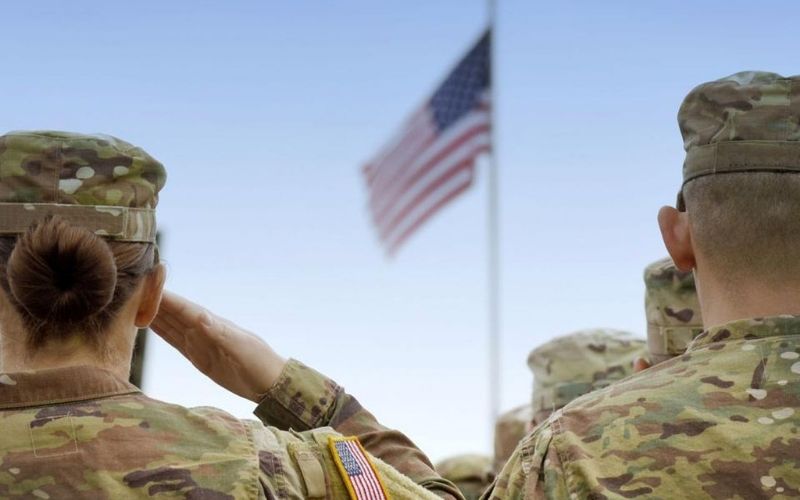 Colin Wayne understands the value of pain. While serving as a military police officer at the Forward Operating Base Boris in Afghanistan’s Paktikaprovince in May 2012, Wayne’s leg was nearly blown off when a rocket hit the base. The explosion damaged nerves in his back, shot shrapnel into his calf, and left him with a traumatic brain injury.

“I went from working out seven days a week to re-learning how to walk,” says Wayne, who eventually recovered and in 2016 founded the Tanner, Alabama-based Redline Steel, which manufactures steel decorations for the home. With $9.3 million in non-deferred 2019 revenue, the company landed at No. 110 on this year’s list of the fastest-growing companies in the U.S. Despite the injury, he credits where he is today to his time in the military. “It almost killed me,” he adds. “But I was able to use that as fuel.”

He has plenty of company. Veterans lead 368 companies on this year’s Inc. 5000; altogether they generated $11.4 billion in 2019 revenue and added more than 26,000 jobs in the last three years. Many of them attribute their success to learned resilience, grit, and confidence in the face of adversity–a powerful combination when it comes to starting a business.

“Because of their military training and background, [they] are resilient–you know, risk-takers,” says Larry Stubblefield, a retired colonel and associate administrator for the Small Business Administration’s Office of Veterans Business Development. They tend to have a mission-driven mindset and perseverance for days. They think, “By golly, we’re going to get this done.”

That was the case for Chris Lovell. After retiring from the military in 2011, the former Marine Corps major went to work for the private sector; he alsostarted consulting on federal contracts on the side. After landing a big client, he quit his day job only to have that client cancel the year-long project after 90 days. “I went from having an income to zero in, like, an email,” he says.

Lovell sold his personal vehicles and took out payday loans to buy groceries. He fell behind on mortgage payments, too. Eventually, he was able to parlaythe defeat into Lovell Government Services, a Pensacola, Florida-based supplier of medical, surgical, and pharmaceutical resources to federal agencies. The seven-year-old company booked nearly $112 million in 2019 revenue, helping it rank third on this year’s Inc. 5000. Lovell says he owes his persistence to the 24 years he spent in the Marines. “You’re mentally prepared for adversity,” he says.

Of course, failure is also instructive. Thomas Black knows that firsthand. After starting out in the Navy as an electronics technician in 1993, he was demoted two ranks and lost his scholarship to the U.S. Naval Academy when he was caught with a fake ID. Black, who was just 20 years old at the time, then spent his time swabbing decks, scrubbing dishes, and ironing clothes. “There’s nothing more humbling…than being thrown off your horse,” he says.

Yet, the experience proved fortuitous. One day, while serving on a ship stationed in the Persian Gulf, he saw a medic help someone who was severely dehydrated. The incident inspired Black to attend medical school. In 2016, he co-founded the Southlake, Texas-based Napali Capital, a real estate investment company for physicians and other professionals. The company hit No. 21 on the Inc. 5000, after generating nearly $16 million in 2019 revenue. The demotion was “devastating,” he says. But the shattering effect was also cathartic. “It was the single largest education I’ve ever received in my life,” adds Black. The military gives you the chance, “to fail and fail spectacularly,” he says. “You’ll learn so much about yourself.”

Serving also tends to cast business roadblocks in a more manageable light. They’re never as significant as, say, ensuring the nation’s nuclear defenses hold up under pressure, says Sean McDaniel, CEO of Atlas Space Operations, a company that provides ground communications for satellites. Long before McDaniel’s company hit No. 102 on the 2020 Inc. 5000, with $3.8 million in 2019 revenue, he was stationed at Cheyenne, Wyoming’s Frances E. Warren base during 9/11. The experience was foundational. “You’re thrown into an environment where the standard is perfection,” he says. “If anything, it’s given me a lot of perspective,” he says.

Among others, says Stubblefield, suicides have been a problem for years. Research by the U.S. Department of Veteran Affairs and the National Institute on Alcohol Abuse and Alcoholism shows that substance-abuse disorders, post-traumatic stress disorders (PTSD), and other mental health issues can be pervasive among veterans.

Lovell, for one, has PTSD, but he doesn’t let it hold him back. “I wouldn’t frame it as a challenge to overcome,” he says. “You’re not a machine. You’re a real person, and like everyone else, you deal with mental health.” Lovell regularly sees a therapist, who is also a veteran, and he gets lunch with his veteran employees to check in about their mental health.

Wayne, who similarly suffers from PTSD, says he avoids triggers like shooting ranges and large crowds. He says he does his best to channel his former military routine discipline into his day. He still wakes up at 4 a.m. He stays active. “The gym helped a lot to cope,” he says.

Newly transitioned veterans also have difficulty cobbling together a network of likeminded people and resources, which is exactly what people need to start a business, according to Lee Goldberg, president of VETRN, which provides business-focused educational programsfor veteran entrepreneurs. “They have passion. They just need to have the relationships, the mentors, the networking,” he says.

That’s one of the main reasons Sean Magee says he hires veterans at Anchor Trading, his New York City-based corporate trading company. Coming in at No. 19 on Inc.’s 2020 list, with $33.3 million in 2019 revenue, Anchor has hired three veterans from nearby Rockland Community College. He also mentors them through post-military life. Magee says his first job out of the Navy, where he served as a boatswain’s mate, may have been in the mailroom, but it helped him make the transition to the working world.

“When they enlist at a young age, and they come out, they feel like they’ve missed something, like you’re way behind the eight ball,” he says. That first job does more than confer a paycheck; it can provide a “sense of worth and fulfillment,” he adds.