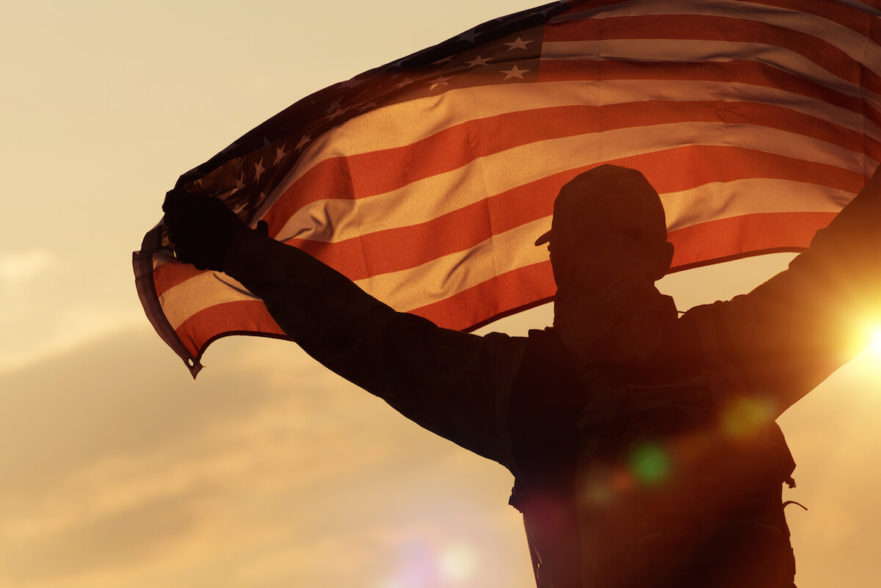 “9 O’Clock. This class begins at O’Clock,” says Lee Goldberg to his tardy students, many well into middle age, as they file into class.

The ten students, all United States veterans, ruefully take their seats. The bespectacled instructor meets the eyes of each student and shares a story of a missed convoy during a tour in Vietnam in 1968 as a lesson for the importance of time management. The message is easily digested by the veteran entrepreneurs attending the Streetwise MBA course offered through Interise at Dean College. They will be punctual next class.

In 1968, as an Army 1st. Lieutenant, fresh from a year-long tour in Vietnam, Goldberg was more familiar with the environment in places like Phu Bai, Nha Trang and Tuy Hoa than he was with any corporate boardroom.  Without a clear direction, but only a determination to succeed, Goldberg reached out to the Bond Department of the John Hancock Insurance Company and was granted an opportunity by John Quincy Adams to work with the Company, primarily  because he was a Vietnam veteran.

Improving a veteran’s quality of life through professional development has been a driving ambition for Goldberg throughout his distinguished career.

“I am thrilled to be receiving this award from the SBA. I consider myself very lucky to have returned from Vietnam and to have been able to work with so many companies during my professional career. Had it not been for one person who took a chance on me, I might not have achieved the success I have been able to enjoy,” said Goldberg.

The national veteran unemployment rate is the lowest in 17 years. However, 43 percent of veterans leave their first civilian job within a year and 80 percent leave within the second year, according to retired Army four-star General David H. Petraeus.

Transitioning veterans have limited opportunities for career advancement and personal development. Most seek a fulfilling career that gives them a chance to apply skills and experience gained during their military service.

“Giving back to veteran small business owners in teaching them the skills they need to grow their small businesses and become successful, as well as providing them mentors and professional resources, is a labor of love. I am so thankful for this recognition from the SBA and love watching other veterans learn what it takes to be successful and grow,” said Goldberg.

Goldberg established Veteran Entrepreneurial Training and Resource Network (VETRN), an award-winning Streetwise MBA program, to support veteran-owned small businesses and family members. The program aims to develop a detailed three year growth plan, build operational and financial capacity, increase revenue and profitability and create a sustainable business for former service members. Based on the  award winning curriculum from Interise in Boston, the program is on its third cohort and is offered for free to qualified, participating veterans.

How best can Americans show their respect and appreciation for those who have served in uniform? Veterans are better served by firms adopting proven practices that help our former uniformed members establish productive careers. Simply hiring veterans is not enough. Veterans need job-skill training, education, mentoring and support to cultivate fulfilling careers at home.

As a Vietnam veteran, Goldberg is keenly aware of the unique challenges faced by service members transitioning into a civilian environment.

“While the Small Business Administration has its own branded programs to support entrepreneurship, having experts such as Lee take a leadership role in launching a new non-profit provided at no cost to the veteran is very significant and worthy of recognition. Having someone with Lee’s remarkable background and skills helping facilitate this training is really amazing and a tremendous resource for the veteran community,” Nelson said.

Ailes was eager to nominate Goldberg, who she has known for over 30 years, for the District Director’s Award. She recognized Goldberg’s tremendous effort to help veterans build careers.

“Lee has been extraordinarily successful in his career and is able to transfer decades of experience to former military members through the VETRN program,” Ailes said. “The program has become a national pilot and has had a profound impact on veteran entrepreneur’s lives. He is pragmatic, efficient, helpful and a natural collaborator. He is a special individual and has taught me a lot. He really listens and possesses the ability to connect with people,” she said.

Through his experience, Goldberg recognizes the potential in each of his veteran students and demands that they reach their full potential through encouragement, collaboration, mentorship, access to professional resources and expert instruction.

In the business arena, Goldberg holds an MBA from Boston College, taught at both Boston College and Northeastern University graduate business schools, is a former vice president of John Hancock and BankBoston and served as a partner at Coopers and Lybrand. Goldberg was also a founder of The Recovery Group (now Deloitte Consulting) and the Northeast Chapter of the Turnaround Management Association. He also founded Resolution Capital Corporation and the Veteran Entrepreneurial Training and Resource Network among other accomplishments.

Despite his success, Goldberg never forgot the returning Vietnam veteran seeking an opportunity to forge a fulfilling career. Goldberg understands the challenges and camaraderie associated with military life, himself once a Battalion Staff Officer in Phu Bai, Vietnam during the Tet Offensive,  who had responsibility for Marine convoys to DaNang and drove loaves of bread to the homeless inhabitants of Hue.

Goldberg has created an environment for veterans to achieve career success. He has been a pivotal leader in veteran achievement for many years and will continue to serve as a force multiplier through his work in VETRN.